I skipped posting many songs on the Web Log, and will catch up eventually, but for now I want to explain how I created the Theme of Internet user Keffie yesterday, which I wrote for Keffie.

Listen to it, first:

For my current album project, Internet Friends OST, I write the theme song of my e-buddies. Without their creative input–only their prior consent. While the songs always connects in a few obvious ways to the person for whom I write the track, the project is also an opportunity for me to try out weird ideas, styles, tools or techniques, without the pressure the song has to sound “good”, only “interesting”.

My friend Keffie is big time into music theory esoterica and classical music deep lore. It’s easy to realize just from listening to her music.
As for me, I’m a complete hack utterly incapable of writing a decent tune unless I have references and songwriting tools.

So for this track, I figured I’d abuse player devices–in particular, Kompulsion, the only paid Reason device you require to play the song at home–to make an absurd aural shitpost without a clear time signature, picking chord progressions that work mostly by pure accident.
And as a challenge, I wanted to control the song only at the macro level: a single MIDI track in the sequencer, sending notes only. Yup, the entire song is driven by a single MIDI track, that looks like this:

What follows assumes familiarity with Reason. I hope you’ll get inspired by this horrific mess. If you’re not a Reason user, just enjoy the blinking lights and cables everywhere.

The full song uses many paid devices, but you can download this alternate version using only free devices, and Kompulsion, the backbone of the whole song. So before you read my explanation, you may want to try to figure it out for yourself.

Let’s analyze how it works from top to bottom:

The challenge is that I only get to send notes to a single MIDI channel. Here’s how I solve it:

To have many keyswitches, I use Hamu devices. Two ModPanel8 receiving notes, bound to MIDI triggers on four octaves, all set to Momentary operation: when I play notes in the C-2~G1 range, they send a CV signal that stops when the key is released. The C-2 octave switches between scales, the C-1 octave switches between patterns (all of which have a different duration), the C0 octave switches between 4 intensity variations per pattern, the C1 octave allows instruments to play (as they are muted by default), and the C2 octave and above defines the root note of the chord to play.

A CV8X4 CV Generator generates signals to send to combinator rotaties switch between 8 banks (those signals could also have been created using an existing modpanel instead, but I didn’t feel like rewiring things). A Mesher-8B is used to pass through that signal depending on the keyswitches pressed. So, for example, when pressing the C#-1 note, it passes through signal #2 to the Duration/Pattern output.

The notes above C2 are sent to a Wbl3001 Dispositif Pour Contact Premier. Because this gimmick instrument produces no sound, it makes it easier to understand its function is as a CV Player Tap receiver, but I could have used any lightweight instrument such as a Subtractor for that. The output of the CV Player Tap is forwarded to the Chord Dispenser.

This device receives the Duration and Intensity, but it only passes them through to other devices (that’s because I started out the project with both controller and chords in a single combinator, but separated them later). What’s important is that it receives the Scale via CV, and the root note via CV Player Tap.

The function of the Chord Dispenser is to select a three note chord to play. Eight Scales & Chords devices are set up to generate chords in exotic scales chosen because they had funny names. As the devices are set to use 4 notes, it’s guaranteed at least 3 will be output. Those 3 notes are then forwarded to Select CV Switch devices, with snap off, to select which of the 8 possible chords to forward depending on the scale selection.

The faceplate of the Combinator pays homage to Little King John. I have no doubt you simply must have that skin to use it in your own songs:

The Rack Sequencer turns the chords into phrases. It receives via CV Player Tap the selected chord, and using Kompulsion devices in Apreggiator mode, selects which of the 32 patterns to play.

Each device’s pattern from 1 to 8 has a different duration: respectively 5, 9, 14, 16, 22, 24, 26, and 28 16th notes, and there are 4 intensity variations: low, normal, powerful, fills/bridge. A Select CV Switch is used to decide which of the 4 variations is forwarded to the instruments that play monophonic melodies.

It’s as simple as it gets: they receive the notes via a CV Player Tap inside the combinator, and that Tap device is only switched on when the I/O rotary receives an unmute signal from the Controller.

The Monosynths receive the melody from the Rack Sequencer.

The Pad receives all three notes of the chord from the Chord dispenser, and voices it normally.

The Bass receives only the root note from the Rack Sequencer, the Duration pattern from the Controller, and uses a single Kompulsion arpeggiator without intensity variations to decide when to voice that note.

One synth receives full chords and uses a Mercury arpeggiator to voice them, out of sync with the varying durations of phrases.

The drums receive only the duration and intensity, and reproduce within a single combinator the same structure: four Kompulsion devices, 32 possible patterns. There’s two Select CV Switches, as in some patterns two drums are hit at the same time, but no more.

It is comprised of those little blocks copy-pasted around, using a template clip (using blocks mode helps swap contexts for that):

The velocities are only chosen to give the octaves different colors, to make things easier to follow.

Save for tempo automation in the intro, it uses only a single sequencer track.

The actual songwriting process is very aleatoric. As it’s difficult to remember what every keyswitch does, and how 32 different song patterns sound like, I have to just try out things, hear if they work, and change the intensity, scale, or note if they don’t, then arrange the bits as to make it resemble a song.

This is the second song I produce using this sort of technique. The first one, the Theme of Internet user Internetjade, also used a single combinator, but for that one, the rule was that the combinator could only be controlled via its faceplate (four rotaries and four buttons), and was to be performed live from my tablet using TouchOSC:

The results it yielded were musically less interesting.

Making an entire song following the programmer’s “Don’t Repeat Yourself” adage is fun. Alter only one track, and the accompaniment remains always in harmony. But it’s also a limiting, and time-consuming way to go about doing things. Indeed, a good half the patterns I programmed didn’t make it into the final song! And while many other performances could be created out of this project, they would still sound like the same song, and would not sustain interest for very long. Many of those techniques would be more useful for live performances in other genres, such as slow evolving techno or ambient music, than to write short tunes trying to catch your attention.

I’m sure to add some of those techniques to my repertoire, as I like toying around with CV and player devices, but their value should not be the time they save or waste, it should be the surprising results they yield.

This writeup was cross-posted on the Reasontalk forums. 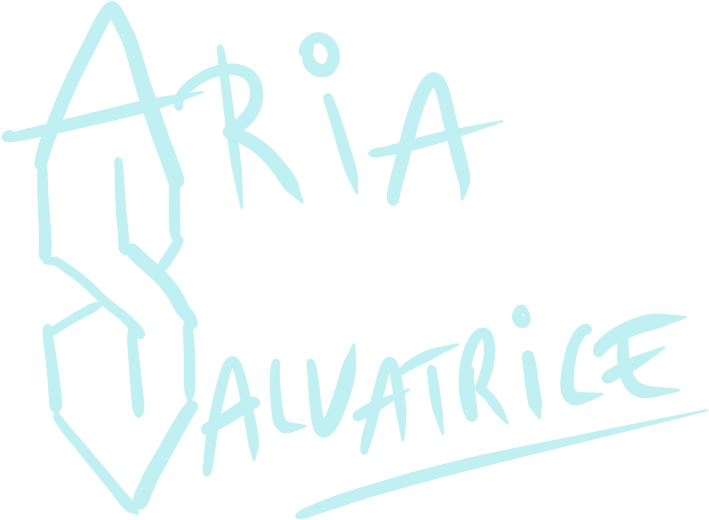